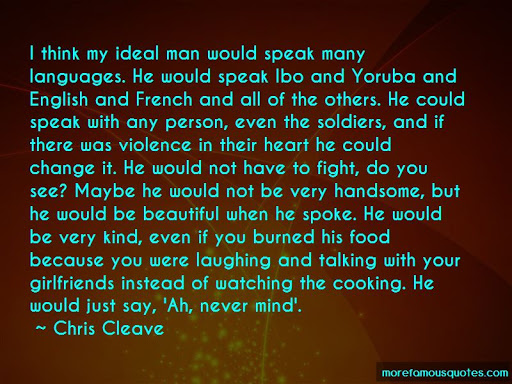 I think my ideal man would speak many languages. He would speak Ibo and Yoruba and English and French and all of the others. He could speak with any person, even the soldiers, and if there was violence in their heart he could change it. He would not have to fight, do you see? Maybe he would not be very handsome, but he would be beautiful when he spoke. He would be very kind, even if you burned his food because you were laughing and talking with your girlfriends instead of watching the cooking. He would just say, Ah, never mind. — Chris Cleave

Quotes And Picture Prepared and Published By Robin. Publish Your Quotes Now.