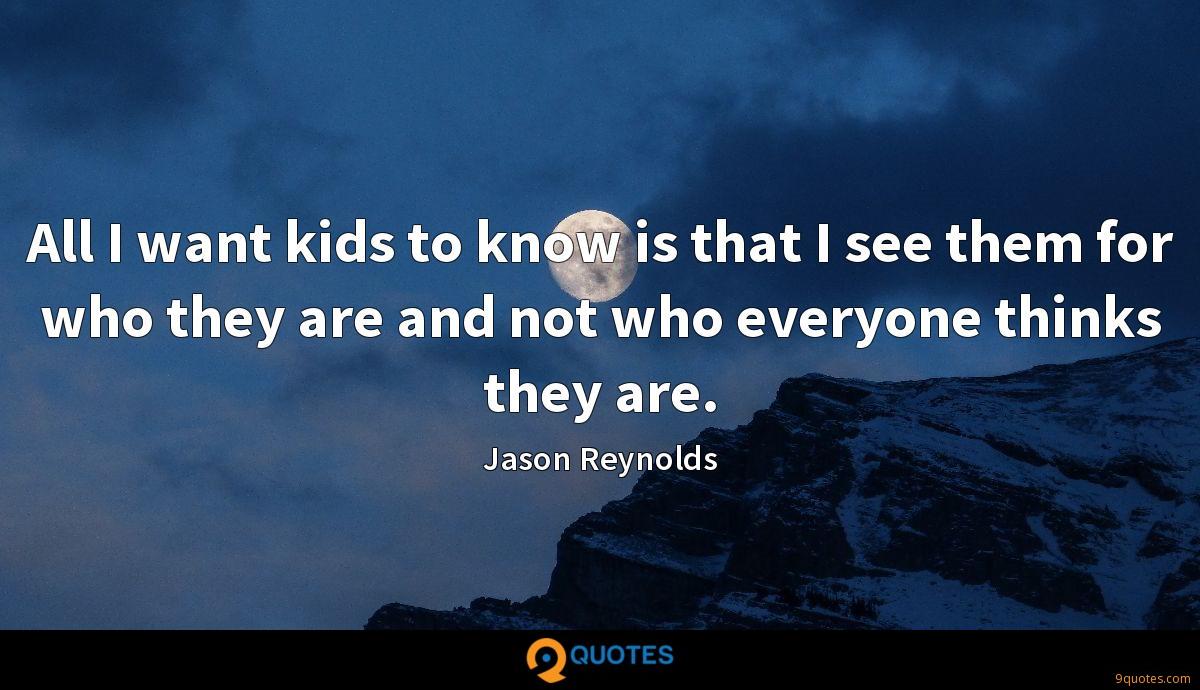 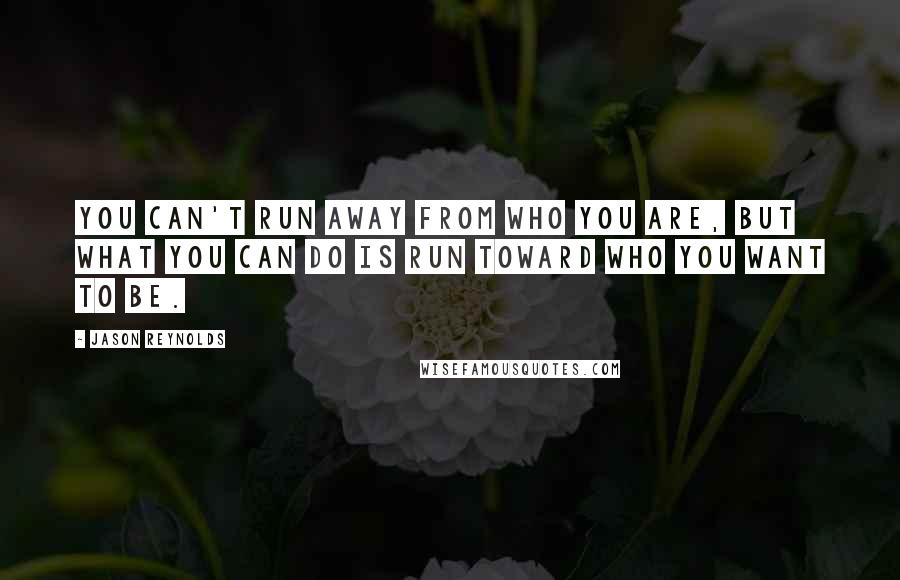 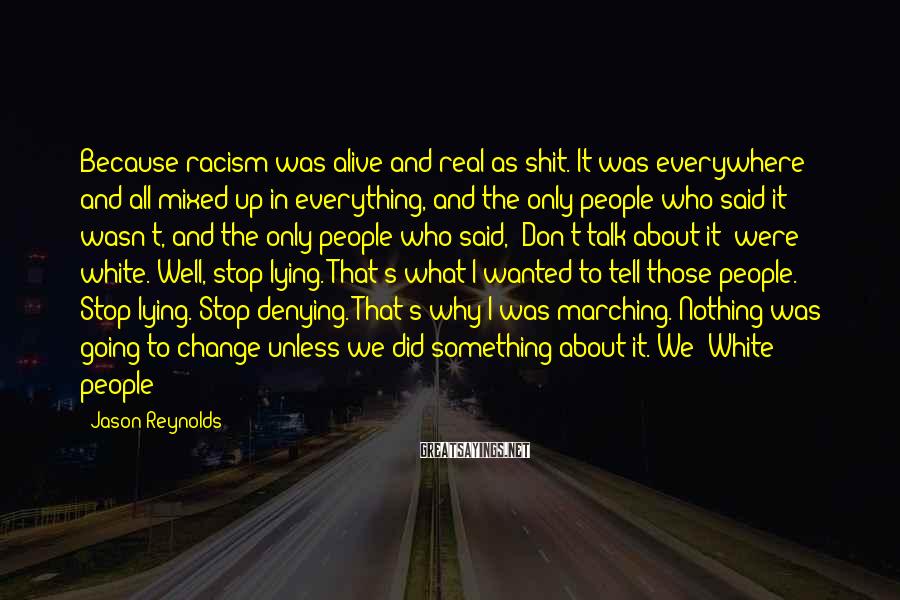 Because racism was alive and real as shit. It was everywhere and all mixed up in everything, and the only people who said it wasn’t, and the only people who said, “Don’t talk about it” were white. Well, stop lying. That’s what I wanted to tell those people. Stop lying. Stop denying. That’s why I was marching. Nothing was going to change unless we did something about it. We! White people!

Quotes And Picture Prepared and Published By Elpers. Publish Your Quotes Now.