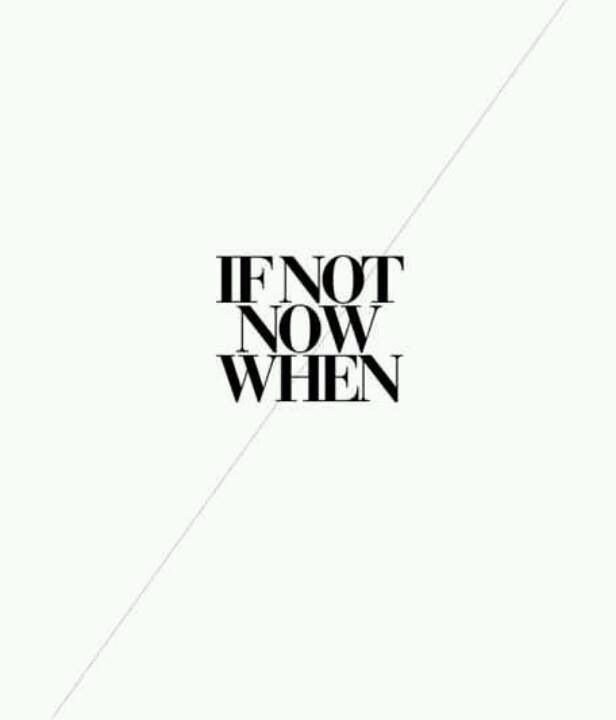 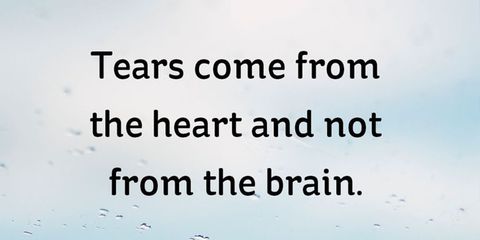 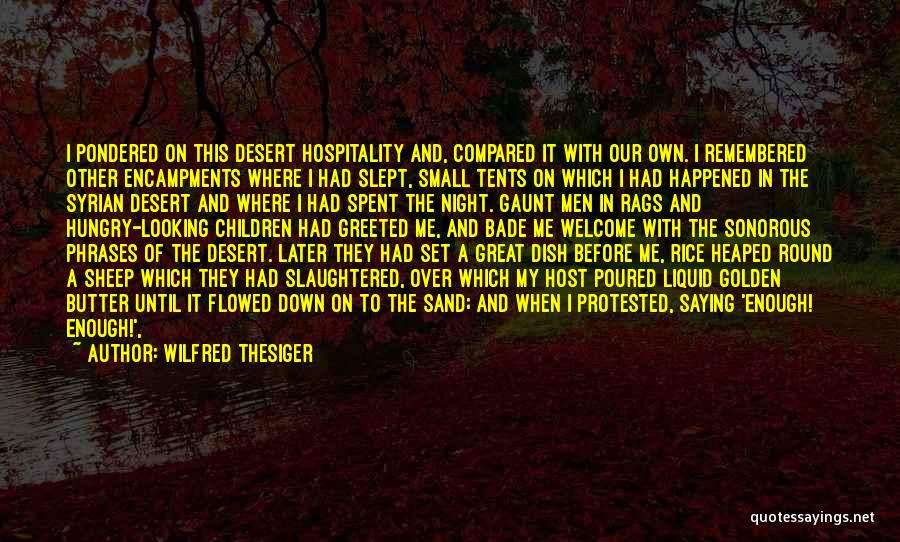 I pondered on this desert hospitality and, compared it with our own. I remembered other encampments where I had slept, small tents on which I had happened in the Syrian desert and where I had spent the night. Gaunt men in rags and hungry-looking children had greeted me, and bade me welcome with the sonorous phrases of the desert. Later they had set a great dish before me, rice heaped round a sheep which they had slaughtered, over which my host poured liquid golden butter until it flowed down on to the sand; and when I protested, saying ‘Enough! Enough!’, had answered that I was a hundred times welcome. Their lavish hospitality had always made me uncomfortable, for I had known that as a result of it they would go hungry for days. Yet when I left them they had almost convinced me that I had done them a kindness by staying with them

Quotes And Picture Prepared and Published By Benesh. Publish Your Quotes Now.